Can V Rising Be Played Offline or Solo? 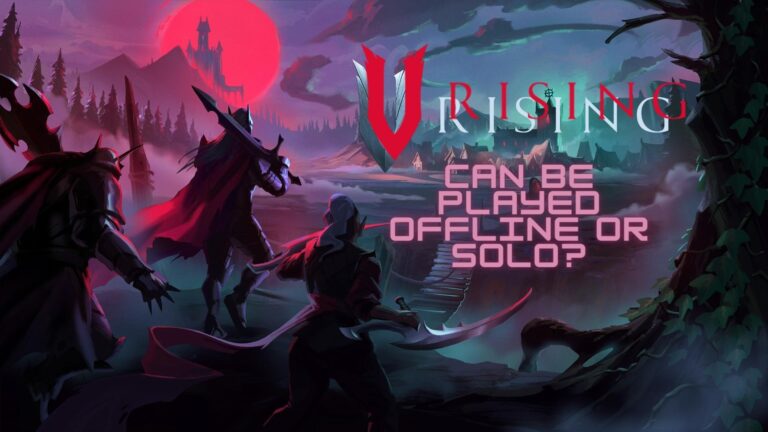 Playing games online and with other people is really fun. But not everyone likes it. Some players want to play games solo & offline. There is even a base of players who only play single player games. So, can V Rising be played offline or solo?

V Rising, the vampire survival game developed by Stunlock Studios, is now in early access. Also it is very popular game right now. In V Rising, where we wake up after centuries as a vampire, we first try to regain our strength by hunting for blood in the nearest area. We will build our castle, gain different powers and skills from bosses, collect resources for days and nights, go to every part of the realm, find servants, conquer the world of humans. It is just wilder than Vampire Diaries.

Can V Rising Be Played Offline?

Actually, the steps we followed to play V Rising in Lan mode are quite simple. First of all, you must go offline on Steam. You can go offline Steam from button on left corner. After that open V Rising and follow the steps:

Can V Rising Be Played Solo?

Previously, you couldn’t play V Rising offline, just as you couldn’t play alone. But now if you open a Lan server you can play solo on that server. In other words, it can be said that with the support of offline playing, single player support has been added to the game. Of course, this is more troublesome than playing single player directly. You need to open a server, but maybe a single player mode will be added directly to the game in the future. In this way, players can easily play solo V Rising.

How to find GeForce NOW supported games on Steam?

Outlast How To Disable FPS Limit?

WoW Untangling the Sigil Quest Bug How To Fix?

Valorant How To Get Out Of Low Elo?