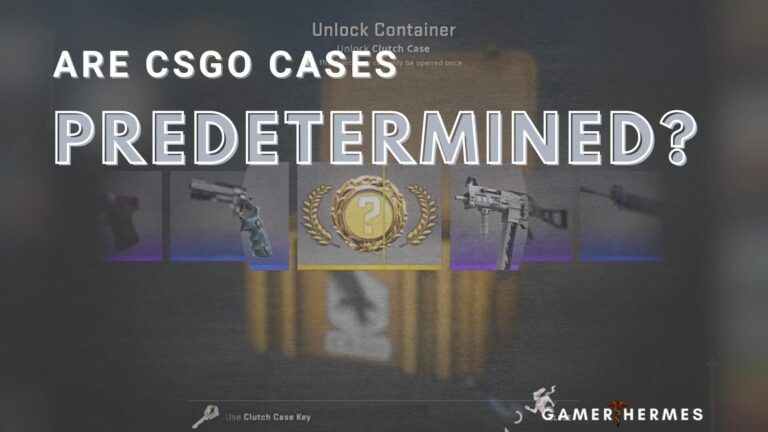 Although it is not very popular these days, there are still people who love to open cases. Many players whose hearts are beating as if they are going to burst out in the case opening animation with the ambition to win…
Well, have you ever thought about what happens in the background when you click the open case button?

You may have heard the rumor that CSGO cases are predetermined. Actually, it’s all about the open the case button. What will come out of the cases are not predetermined until you open them. When you click on the open case button, it is completely determined which skin you will get. The animation of the case opening is just to make it exciting. If you hit the X button at the right corner, you will get the skin instantly.

Of course, this is a very simple explanation. Of course, we do not know the codes of the case opening system, since CS GO is not an open-source game. But all systems based on luck are built on this simple system.